You’ve been wanting to start an online business, but you keep putting it off.

You want to build a new website, write a new book, create a new product, etc., but you can’t seem to do it.

Or maybe you just want to exercise more or eat better, so you have the energy to run your business.

Whatever the change is that you want to make, you might be having a tough time making that change ‘stick.’

Or perhaps you want to help someone else to make a change.

I’ve just started reading, “Instant Influence: How to Get Anyone to Do Anything,” by Michael Pantalon, and I want to share something with you.

It’s his formula for getting anyone to change. 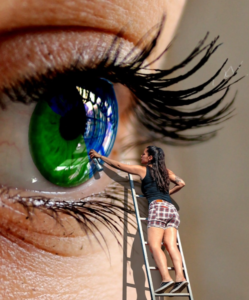 Step 1: Why might you change? (Or if the person is you, ask yourself, “Why might I change?”)

Step 3: Why didn’t you pick a lower number? (Or if the ‘influencee’ picked 1, either ask the second question again, this time about a smaller step toward change, or ask, “What would it take for that 1 to turn into a 2?”)

Step 4: Imagine you’ve changed. What would the positive outcomes be?

Step 5: Why are those outcomes important to you?

That’s it. I invite you to try this one yourself first, before you try it on someone else.

See what happens. I know when I used it to make myself give up a certain food that I was practically addicted to, it worked like a charm.

Next I’m going to try it on bigger things and see what happens.

According to the reviews on Amazon, this simple process has literally changed lives, so maybe it will change yours.

You already know all about scarcity. The scarcer something is, the more people tend to want it.

That’s why we use deadlines to entice customers to buy. Without the deadlines, people would put it off and then forget about it.

But I wonder – are we using this to maximum advantage online? Yes, we sometimes limit the number of copies sold. Yes, we use deadlines and then promise not to sell any more after that deadline.

But what if we used it in a slightly different way…

Imagine you have different levels of participation in a product launch.

For example: You will sell only 10 copies at $2,500 each that includes actual coaching and one-on-one time with you for 12 weeks.

You’ll sell 200 copies at $500 that includes the “done for you option,” which is also included in the higher levels, too. But there is no coaching at this level.

And you’ll sell 1,000 copies that don’t include coaching or the done for you option.

Then you place counters on your site that tell how many copies of each have sold.

Yes, this will take some guts. After all, what if something doesn’t sell? But that’s also the fascination factor, too.

People will continue to revisit the page just to see what’s selling.

And what happens when there are only 6 or 5 or 4 copies left of the highest option? Suddenly they’ll start selling FASTER.

The last copy or two will likely FLY off the shelf.

You’re adding a new brand of scarcity, a higher level of fascination and interest and accommodating people’s needs.

You might think of this as a new way of upselling, or a more transparent method than using one time offers. It’s up front, honest, and lets people decide ahead of time what they want.

And if they don’t act fast enough, they will miss out, too.